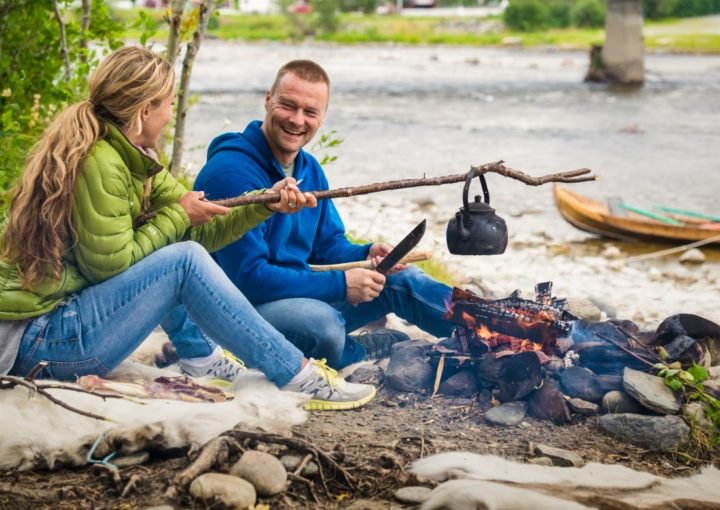 Coffee culture in Norway: the new Mecca is in the Nordics

We got a quiz for you! What is the second thing you should absolutely not miss when in Norway?

OK, the Northern lights are the absolute must-see when in Norway. This is the #1 reason why people flock in this country.

But what is #2? This may still be a secret. Like a hidden gem.

We will give you some keywords as hints: roast, beans, morning, smell.

We bet you found it. It’s coffee.

But hey, wait! Coffee and Norway? How are these two linked? And how has Norway come to become the new coffee Mecca?

One thing we know for sure: the Nordic people love coffee. Like in they worship it. They sip it and take their time to enjoy its flavours and aromas. Along with a nice sweet, of course.

It’s about togetherness. Or enjoying it alone. Either way, they are world champions.

But there is a story behind the emergence of Norway as a place with unique coffee culture. And plenty of history. Read on to find out more!

When it comes to coffee consumption, the Nordics really nail it. But there are a couple more countries on the list, some of them quite surprisingly. Let’s go find out and you check if your country makes it into the Top-10.

So, world champions are the Finns. But the Nordmenn (this is how they call themselves in the local language) come a close second.

If the Finns are the greatest coffee drinkers, maybe the Norwegians are the most premium ones.

So, what happened and Norway – Oslo especially- catapulted itself as one of the best coffee places in the world?

Norwegians always had it with coffee.

And their middle ground, balanced approach to things, found its place in the coffee-making process too.

The keys to success, according to Norwegians are two:
– high quality, single-origin coffee beans
– light roast.

Oh yes. In most of the countries, people like it dark roasted. Black and strong.

Maybe only the Norwegians prefer it lightly roasted: this way, coffee gets a lighter and fruitier taste.

OK, one more secret: the best way to serve it is black and slightly cooled, not hot. It’s then that its sweetness can come through.

But what really brought Norway into the world’s elite coffee drinking club was Norwegian Robert Thoreson’s winning the first-ever World Barista Championship in 2000.

Since then, many other Norwegian baristas have snatched world coffee titles. And the story goes on.

Coffee took a while to come to Norway from Asia and Arabia. But once there, it became a habit.

Initially, only the noble and the rich people drank coffee. It was rather rare to find coffee. And expensive too.

Then, it slowly but surely started to replace wine as the drink of social encounters. But it was still expensive.

At that point, the Norwegians used to drink more coffee than anyone else in the world who did not have their own coffee colony somewhere exotic.

But hey, Denmark was actually the reason why coffee made its way to Norwegian culture.

It became cheaper and cheaper. Denmark owned a free port in what is now the Virgin Islands back then. And Denmark also ruled Norway at that time.

So, the Norwegians could import coffee without duties or taxes, as it was considered internal trade.

And later on, there was that alcohol problem in the country. Until alcohol was finally prohibited. The new alcohol was coffee. Cheaper and healthier than booze.

Even priests in the churches preached to prefer coffee to alcohol. And by the time that alcohol was allowed again but at a very high price (still valid today), coffee had already been established and loved and worshipped by the Nordmenn.

The rest is history.

The Norwegian coffee culture is not all about single-origin exotic coffee beans and special brewing methods.

You know, Norwegians are traditional. Or better said, they love traditions. Things passed on generation by generation.

When you say coffee in Norway, most will go and get you a black, like in very black coffee, without sugar. This is the original taste.

Plus a black coffee matches better with a sweet or two, huh?

Most Norwegians eat breakfast in the morning and most probably don’t eat or drink anything else than coffee, until lunchtime.

They regularly grasp the opportunity to have coffee breaks. At work or even during lessons. A little coffee never hurt anyone, right?

But what they appreciate the most is their traditional kokekaffe. This is boiling coffee in a kettle on the fire, in the great outdoors.

They love nature and can’t imagine going for skiing or to their hytte in the mountains without having this coffee ritual outside.

Black or latte, dark or light roast, coffee is more than a drink. For Norwegians and people around the world alike, right?

So, next time, take a deep breath and close your eyes to smell the aroma and taste the flavour from your morning or afternoon cup of joe, like a true Norwegian!