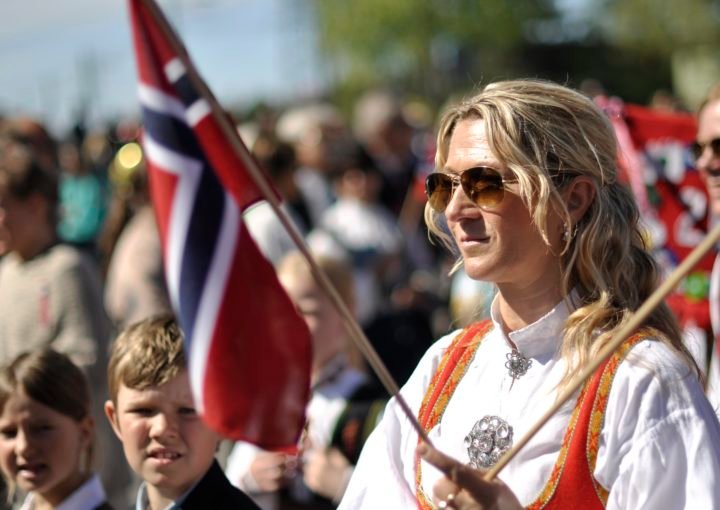 The bunad guerillas: a story of tradition and female power

Oslo, Norway, 2019. Everybody pays with their mobile phones, credit cards are widely seen as old-fashioned. Norwegians read a lot and their new preferred means is their iPad or smartphone. All kinds of services (including doctors) can be done remotely via apps. Not to mention that even street sellers may carry a wireless POS to receive payments. WOW! That is overwhelming, huh?

Norway is considered as one of the most tech-savvy societies in the world. One of the most advanced too. Gender equality is really high. Gender-neutral marriage is the norm. You would say that the Norwegians are so forward-thinking (let’s say they are more open to change). However, they are also one of the most tradition-loving people in Europe. They really hold on to their traditions: from celebrations and costumes to dialects and old Viking norms.

Why is it so? And which are the most loved traditions to date, that define their way of life?

The bunad and the 2019 guerilla movement!

Many Norwegians may spend over 5.000, even 6.000 $ to buy their own bunad, em… their traditional local costume! You heard right. This is the cost of a new properly crafted bunad. And there is not one bunad, but something like 200 different bunads. It depends on where they come from. The North or South, the East or West, the mountains or the fjords. And guess what! Despite the Nordic obsession with minimalistic white and black (OK gray too) colours in everything, these bunads are colorful. And people wear them with pride, especially on their national day (called the Constitution Day, celebrated on the 17th of May). Everyone wants to show where he/she comes from and feel a connection with his/her ancestry.

Recently though, the bunad has become a symbol of “revolution” (well, sort of). In a country where people are well-off and learn to solve everything with discussion, diplomacy and consensus, there has been a new movement people call “the bunad guerillas”. The government’s recent plans to shut down many hospitals and maternity wards around the country has sparked outrage. Women wearing their bunads take to the streets (or even enter the Parliament) to protest against what they believe is a deprivation of quality of life in rural and remote areas of the vast Norwegian land. Hats off! They have managed to scale these issues as a national healthcare crisis issue. And the fight is still on! The bunad way!

This is my dialect!

When it comes to language in Norway, oh, this is another hot topic. It has been going on for centuries. From the time when most people in Scandinavia spoke something like the Danish language to the time when the Norwegian language evolved and became complicated. But beautifully complicated! Listen. There are two official standards of written Norwegian: bokmål (meaning book language) and nynorsk (meaning new Norwegian). Both are spoken and accepted everywhere. They are both taught in schools. But this is not just it.

Even today, there are many local dialects that people actually speak in their everyday life. Some of them are so different that Norwegians living near the border with Sweden may find it hard to understand the Western coast Norwegians. You see mountains divide and water unites when it comes to Norwegian dialects. There are west and east dialects. Even rural and urban ones (ask an Osloite visiting Bergen on the west coast).

Norwegians love their dialects and they do not give up on them. They feel proud to continue their ancestry’s traditional dialect. It is part of their past and origins. But it also defines them as part of this vast and sparsely populated country. Just like the bunads. The state supports the use of both written standards and the local dialects. Even Norway’s Prime Minister speaks in her local Bergen dialect in formal occasions.

Vikings. Yes, the Norwegians are the most original Vikings (along with the Danes). But what does it have to do with gender equality? Well, it’s all about history and tradition. The Vikings were brutal warriors that often raided foreign lands. But their society was very well structured. And women had a pretty much respected place in it. When their men were away from home, they were respected as the bosses of their houses and farms. They could marry and even divorce. In case of the death of their husbands, they could inherit their possessions.

We cannot say that that was gender equality but it was really revolutionary for that time in Europe. Times have changed and centuries have passed. But the Norwegians held on to this equality tradition of their ancestors. Coupled with other social and historical reasons, this had led to Norway be one of the most gender-equal countries and one of the best places in the world for a woman to live.