Monarchy in the Nordics is a tradition for centuries now. Is monarchy a bad thing or a good thing? Openminded Nordic people ponder about that from time to time.

Although some voices and groups call for scraping the monarchy, the latter is more or less widely accepted in contrast to what happens in many other countries that have their kings and queens.

The paradox is that while most Nordic people approve, accept or at least bear their royal families, there seems to be a surplus of democracy in their countries as well.

Many people around the world connect monarchy with the absence of democracy.

The Nordics show that there can be both: royals are not a threat to the rule of the people, and people can still relate to one or more members of the royal families in their country.

At this moment (although it’s highly unlikely to change), the only Nordic countries with royal families in duty are Denmark, Norway and Sweden. Neither Finland nor Iceland has a king or queen.

The two latter are republics, while the three former are constitutional monarchies. That means that the three Nordic nations have a monarchy, but the power remains in the hand of the people, who elect their parliaments and governments, which in turn have the legislative and executive power.

In Sweden, the king is considered the head of state, whereas the queen is the country’s rules in Denmark. The same goes for the king of Norway.

However, none of them has real power nor the right to veto legislation by the parliament. The exception to that can be considered to be Denmark, where the queen has to co-sign all the bills passed by the government.

Why are the Nordic royals widely accepted?

There can be no concrete explanation or evidence for that. However, we can say that it’s a matter of adaptation. People accept their royals for their ceremonial role (nothing beyond that), and the royals have accepted their role as such. Let’s dive deeper.

One possible explanation why people in the Nordics accept monarchy is because the latter has been accepted as something ceremonial, with no real power over things. Some see it as part of their country’s tradition rather than as their ruler.

On the other hand, the royal families have long accepted their role shift: from powerful bodies with a saying on things to a role in the background, largely ceremonial.

Each side has identified and accepted the boundaries, and no one crosses the line.

Also, the Nordic monarchies have been democratised during the last decades with old rules now scrapped, like for example, the gender of the monarch (not necessarily a male) or the right to marry common people instead of other royals.

They say, “If you want to survive, you must adapt!“. Or, as Darwin claimed, ‘’It’s not the strongest that survives, nor the most intelligent. But the one most responsive to change!’’ “. 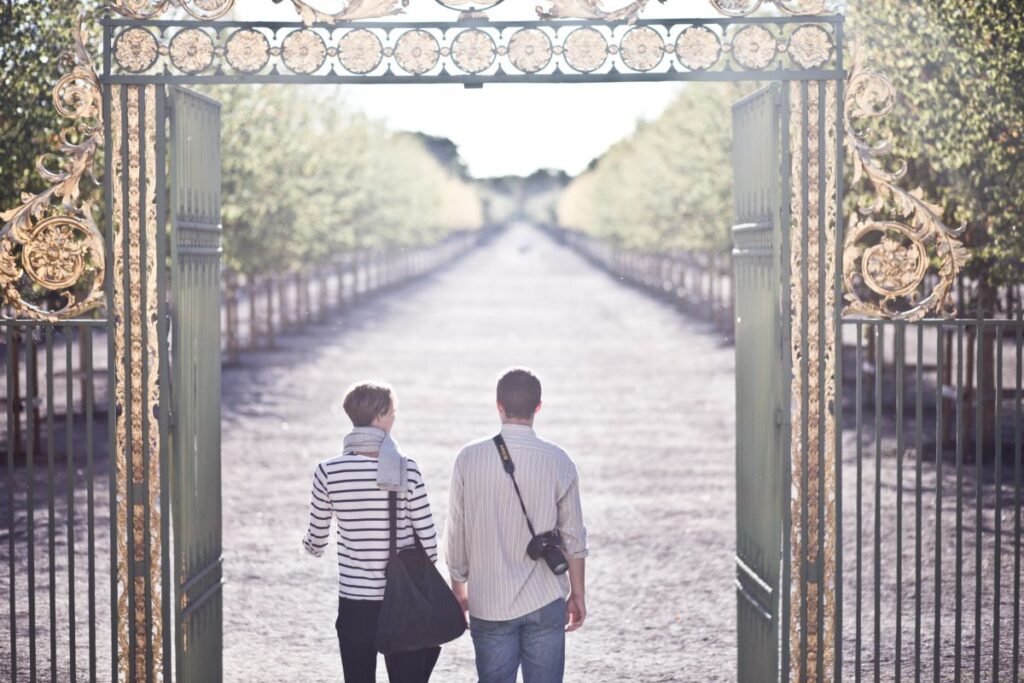 5 interesting facts about the Nordic royals

1. Gender – equality. In all three monarchies, anyone can get the throne, regardless of their sex. Traditionally, only males could become kings, throughout history. In the Nordics, the oldest child inherits the throne. It’s been the case in Denmark (since 1953), Norway (since 1990) and Sweden (since 1980). Now, Denmark has a Queen (Margrethe II), and the next in line for the Swedish throne is Crown Princess Victoria.

2. Inclusivity. Royal members are allowed and do marry commoners. It’s no longer obligatory to marry other royals. Getting married to common people (meaning other than members of other royal families) can be found in all three Nordic monarchies. The Norwegian King has been married to a commoner, Queen Sonja. In fact, the Crown Princes of Norway and Denmark and the Crown Princess of Sweden (all future throne-holders) have been married to people because of love. Now, what happens behind closed doors, we shall never know.

View of the Royal Palace in Stockholm – Ola Ericson/imagebank.sweden.se

3. Mottos. Not only commercial brands have mottos. Kings and queens have one, too. For example, the Swedish King’s motto is “For Sweden – With the times”, and the Danish Queen’s motto is “God’s help, the love of the people, Denmark’s strength”. We can’t deny they are inspiring, right?

4. Professions or hobbies. It’s common for Kings and Queens in the Nordics to have a profession or at least be good at something (as the throne is a full-time job). Denmark’s Queen is an artist (illustrator, to be exact). She’s never stopped painting while on the throne, and her illustrations even made it to the Danish edition of J.R.R. Tolkien’s book “The Lord of the Rings”! Needless to mention that some of her artwork has been displayed in famous museums across Denmark from time to time. Another example is Norway’s King Harald V, a skilled sailor who has represented Norway in the Olympics not once but thrice.

5. Ordinarity. It’s not uncommon to see the more ordinary side of the royals in the Nordics. The Norwegian royal family don’t mind showing their affection, even on television (like when the King trolled his wife Sonja during a TV interview, see the snippet above). You may also see Denmark’s Queen strolling the streets of Copenhagen, smoking and eating a hot dog after shopping at LIDL. That’s quite a thing, right? Not to mention that it’s totally OK to call her by her first name if you happen to see her.

The Danish Queen: The only queen in the world who walks straight out of Lidl drinking an applejuice, eating a sausage while smoking at the same time.