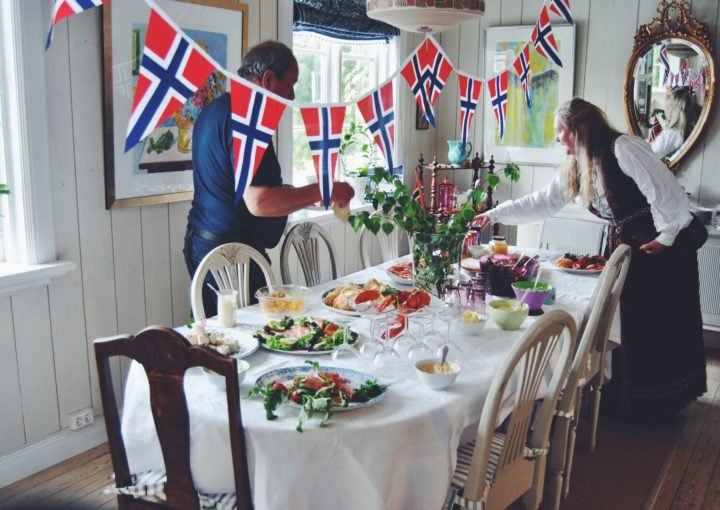 [VIDEO] What does celebrating Constitution Day tell about Norwegians?

May the 4th be with you (huh!) but for Norwegians, it’s the 17th of May that is their national force! It is their National Day (or Constitution Day) and for sure, it is a time for huuuge celebrations. Always.

2020 will be a sad exception though as the coronavirus situation requires social distancing. But nevertheless, the Norwegians know their thing. How to party and have a good time even at these difficult times.

Read on to find out what’s gonna be different this year and what really lies at the heart of these May 17th celebrations! 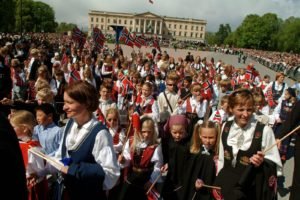 Norway has always been a proud nation. But the Scandinavian history usually linked it with either Denmark or Norway. The country became truly independent as late as 1814. It what then that the Norwegian constitution was written and approved. It came into effect on May 17th. Voila! Spontaneous celebrations erupted around the country.

With a brief pause until 1833 (due to the Swedish King banning the celebrations), they came back stronger than before when poet Henrik Wergeland held a public address on May 17th 1833. That was the official start of the celebrations. Hipp, hip, hurra as they say in Norwegian with joy! And of course, “Gratulerer med dagen” which means “Congratulations for the day!” 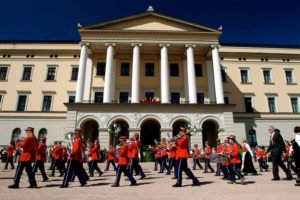 If we had to describe this day with only a couple of words, our pick would be parades, bunads and ice cream! Let’s explain a little bit.

– Kids parades. Children have always been at the centre of this national celebration. Ever since the late 19th century when the first parade took place in Oslo. No military in the parades. It’s not a matter of power but a matter of people. And kids are the next generations of this wonderful people.

– Bunads. This is the Norwegian word for the traditional folk costumes. They can cost a lot (up to thousands of dollars) to make. Bunads are unique to a specific location so everyone has one from where they come from. It’s an expression of the Norwegian culture and being proud of your origins. They are to be worn only on very specific occasions, the most formal ones. And May the 17th is one of them.

– Ice cream. Right at the end of spring and towards the short Norwegian summer, the national day is the perfect opportunity for everyone (especially kids) to enjoy ice cream. Loads of ice cream. Even for breakfast. It’s one day in the year so yes, that’s allowed. Only to complement this, hot dogs are also on the menu. Loads of hot dogs. And both kids and adults satisfied. 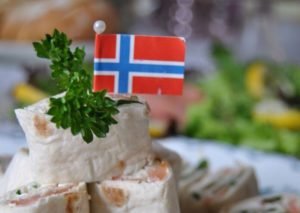 This year though, it’s gonna be different. Extraordinary circumstances require extraordinary measures. This is the case for Constitution Day 2020.

Since this is perhaps the most celebrated day of the year, there have been talks between the government and the municipalities, since Easter, to try and figure out the best and safest way to celebrate this year.

After a lot of contemplation, the kids’ parades have unfortunately been cancelled. No crowds on the streets. Only small public ceremonies with few participants, holding safe distances this year.

But yeah, apart from that, Norwegians can still wear their bunads at home or outside, with their close family. And of course, ice cream and hot dogs can be consumed at large quantities, too. Hipp, hipp, hurra!

What does celebrating the Constitution Day tell about the Nordmenn?
May the 17th is a day to remember. Each and every year. A day that unites this small Nordic nation, the Nordmenn (the northern people) as they are called in Norwegian.

And this celebration tells a lot about their identity and culture. Fancy finding out what? Watch our exclusive video! Happy Constitution Day, Norway!